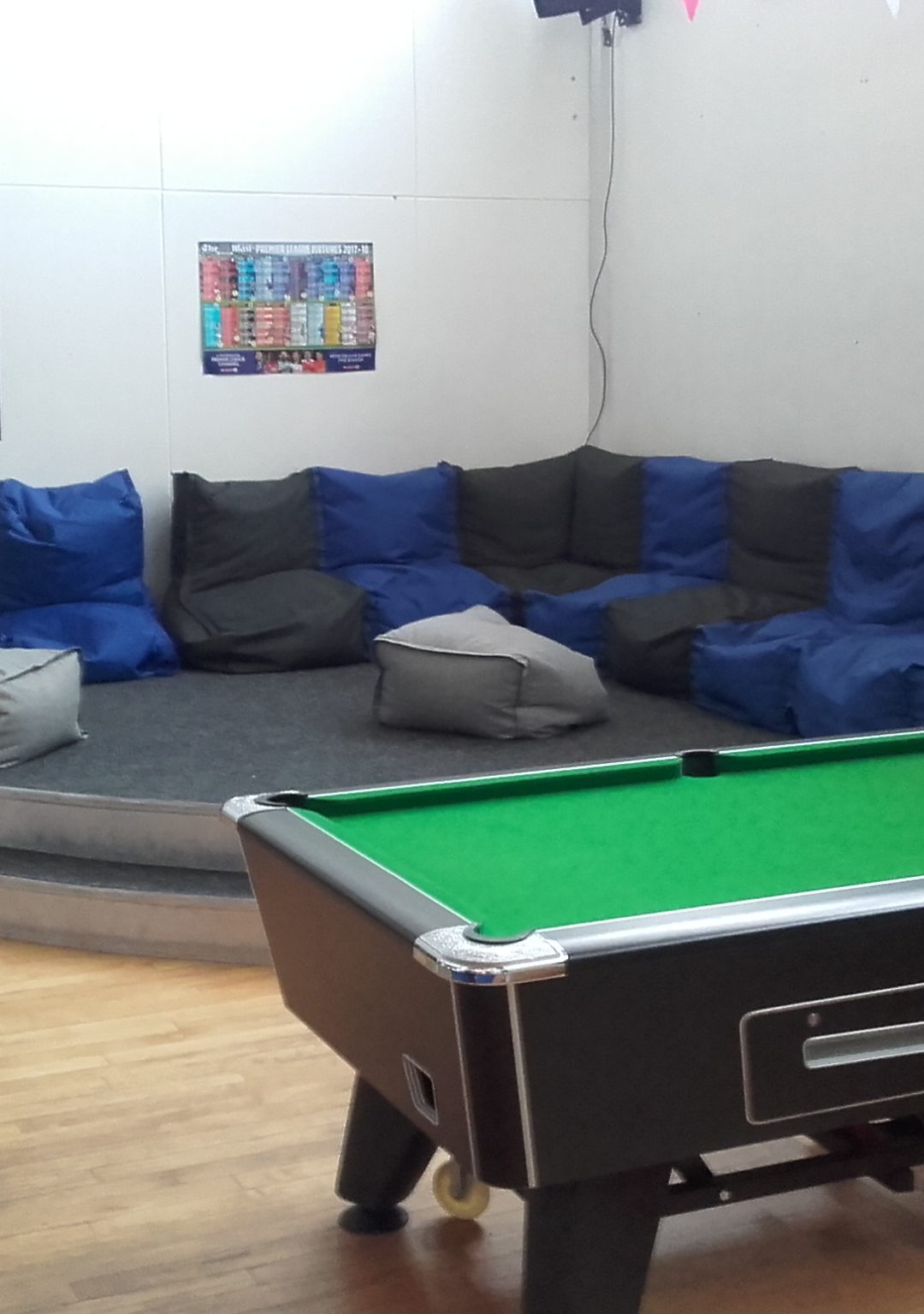 On behalf of the trustees of Mexborough Miners’ Welfare Institute and Recreation Grounds (Charity Number 525779) – better known as Mexborough Athletic Sports Club – We would like to pass on our thanks to Next for their donation of surplus stock and for the works undertaken on decorating the sports pavilion changing rooms.

The Bean Bags sofas featured in the photo are a real hit with the young people in the youth club and are being well used.

Next also donated a number of Microwaves, Kettles and Toasters which proving useful in the various sections of the Athletic Sports Club, being used by our under 9 football team, tennis club, youth club and the ‘Refresh Café’ which caters for the elderly on a Wednesday morning.

Employees from NEXT also did some decorating work in the changing rooms of the sports pavilion which has been well received and will help ensure the facilities are kept in a clean and serviceable condition.

We look forward to an ongoing partnership between Next and the Athletic helping both our organisations fulfil a commitment to supporting the community of Mexborough and surrounding areas.