Hobbies of Today performed live in the ‘THE LOUNGE’ 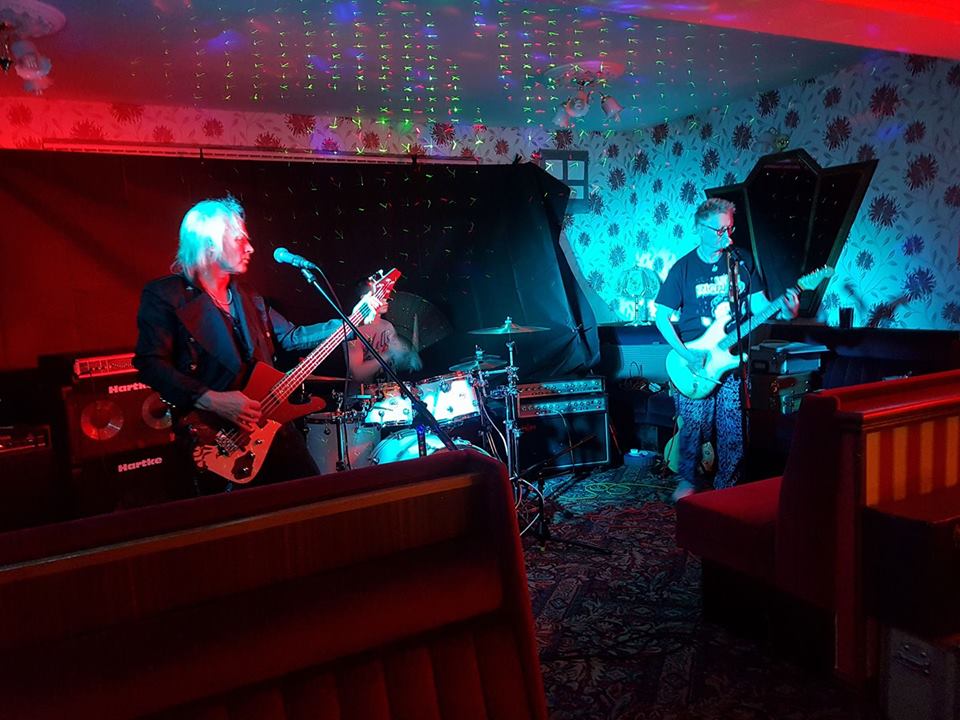 6th May 2017 saw the return of live music return to Mexborough Athletic Club in ‘THE LOUNGE’ a small intimate venue for small gigs.

This is in addition to the largest function room in the town.

Local band Hobbies of Today performed 2 sets revisiting some of their old hits.

Hobbies Of Today formed in March 1977, having previously been known as ‘The Electric Sect’ before renaming as H.O.T, and finally, ‘Hobbies Of Today’.

From the bands first recordings in 1977 during the first throws of the Punk and New Wave movement, H O T were at the forefront of the new sound revolution and pioneered the new electronic sound of the early 80’s with tracks like ‘Metal Boys’ and onto the more rock orientated sound of ‘The Sex Detective’ in the early 90’s.

Founder member Kevin Hobbi re-formed the band in 2014 with former ‘Risk’ and ‘Amsterdam’ bassist Paul Anthony. The addition of Danny Rich on drums means the Hobbies are back with a new sound and look.